This 100% natural concentrated liquid bait will be ideal for trapping wasps and hornets. Ecological formulation specific to the targeted insects. Odorless and acts quickly whatever the temperature. 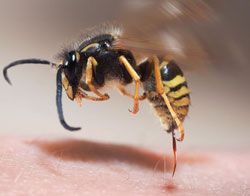 This liquid bait is concentrated in a 500 ml can. It is intended for the capture of the wasps and hornet on the outskirts of houses, swimming pools and gardens through the trap Protecta.

It consists of extracts of food aromas, acetic acid in aqueous solution.
The main insects are the Common Guêpe (Vespula vulgaris), the Germanic (Vespula germanica), and the hornet (Vespa cabro). The flies and flyers nearby will also be trampled.

The + of this liquid hat trap wasps and chills
+ Natural Attractive for Ecological Control
+ Employment practice: dilute in water
+ Inodor and immediate effect regardless of temperature
+ Specific forming of targeted insects: not attracting bees, nor bumblebees
+ Tested successfully against Asian hornet
+ Includes a stabilizer agent and tensio-active agents that facilitate insect drowning
+ Flacon allowing 4 fillings of the trap = up to 8 weeks of trapping

How do we use this anti-guêpe liquid bait?
Open the trap by turning the lid in the opposite direction of the clock needles.
- Pour 125 ml of attractive « bait Protecta "
- Add 250-300 ml of water to reach the level marker of the trap.
- Refer to the trap and suspend it away from the wind, if possible exposed half-shadow, half-sun.
- By high external temperatures (≥35°C), supplement the water level regularly and suspend the trap in the shade.
- Thanks to the attractive Protecta, caught insects quickly drown in the trap.
- As soon as the trap is saturated (after 10-15 days of exposure): empty it and renew the operation.

To prevent wasps or hornets from succeeding in getting out of the trap (see here the suitable model), it is important that the mixture poured inside is at the same time sufficiently attractive, thick and well filled (max level). The goal is that the insect is attracted to the bait, but also that it can drown in it. If the attractive power of the mixture is not sufficient, the targeted insects will not come. If the level of the mixture is too low, the insect will be able to lean over to taste the mixture and then come out of the trap without having fallen into it. Finally, the thickness of the attractant is very important because when tasting the mixture, the insect also dips its wings in it (when the level is at its maximum) and cannot get rid of it, quickly causing it to drown.

The Protecta liquid bait meets the attractiveness and thickness criteria. For this, we advise you to dilute it to 2/3 product, 1/3 water. Its consistency will be thick enough to irreversibly trap the insect.

Finally, do not forget to regularly empty the trap of dead insects so that the 3 conditions mentioned above are respected. 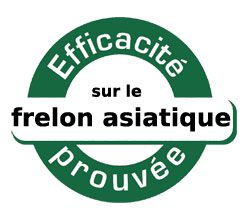 The advice Penn'Ty Bio
The water supply or renewal of the bait must be done early in the morning, leaving time for insects trapped the day before drowning during the night.
For use against the Asian rucher hornet, do not position during the fragilization of bees colonies (fresh spring, lack of resources during bridge periods).

Limit of use
- Do not place the trap less than 30 meters from a hive, in case the attractiveProtecta would not be used in this one.
- Any use of domestic attractive (confiture, syrup...) is likely to result in bee trapping and bumblebees.

Precautions of employment
Keep the bottle out of reach of children and pets. Don't swallow. Keep in its original bottle in a cool place. Read the label before use.

Video on the use of the wasps and hornet trap Protecta 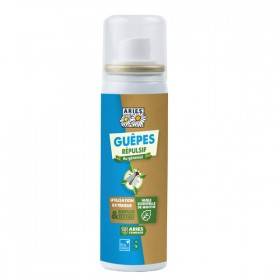 (3)
Nothing more unpleasant when eating out, to have wasps on the table all the time. To this inconvenience, there is a natural solution:...
€8.29
In stock 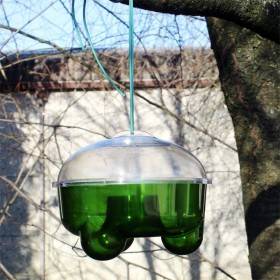 (48)
The Protecta brand offers this trap to permanently attract and trap wasps, hornets - Asian hornet and flies outdoors, around your home.
€8.50
In stock

Ecological Insecticide for all... 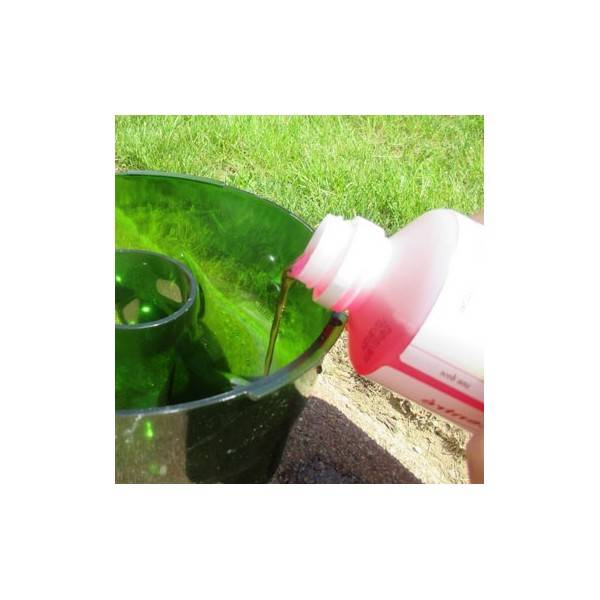